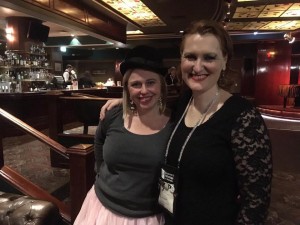 AAPS is excited to announce that the amazing Leisl Leighton has signed with Harlequin Escape to publish The Witch-Were Chronicles. This four-book series is paranormal romance at its best – brilliant world building, strong heroines, and sexy heroes, with ancient curses haunting the werewolf packs of modern Australia.

Leisl is the much-loved president of the Romance Writers of Australia, and has previously published two titles with Penguin Destiny.

Escape will publish all four books of The Witch-Were Chronicles later this year as a digital box set. This means that Leisl’s fans and new followers can binge-read the whole series in one go – no waiting.

Harlequin Escape is the digital-first imprint of Harlequin Australia, and this represents AAPS’ first official sale to the Escape imprint.