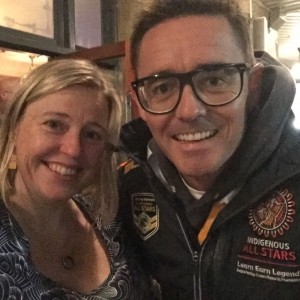 AAPS is very proud to announce that not only have *we* signed up the very talented (and lovely) Dave Hartley to join our agency, but that Scholastic Australia have wasted no time in acquiring his new series for junior readers, Newspaper Tate! Building on his success co-writing the Deadly D and Justice Jones series with Scott Prince, Dave Hartley’s new series is action packed fun featuring an all too curious newspaper kid, as he delivers papers, solves mysteries (and gets into his share of trouble).

Dave Hartley is a deputy principal on the Gold Coast, and is based on the coast with his wife and two daughters. Employed by Education Queensland for more than a decade, he has taught across many year levels and was awarded ‘Gold Coast Teacher of the Year’ in 2009. David’s people are Barunggam, the traditional people of the Darling Downs/Chinchilla region