It’s been an intense few days at Camp AAPS – Friday 29th July was spent pitching our books to film producers as part of Screen Australia’s fantastic Books At MIFF initiative, part of the Melbourne International Film Festival. This is the tenth year this program has been instrumental in putting agents and publishers in touch with some of Australia’s best film and television producers, and it was wonderful to be part of.  And then, it was a mad rush back home to Brisbane to b 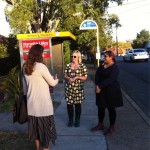 e part of the Australian Society of Author’s Speed Dating event, where more than 60 authors were pitching to five publishers and one agent (me) in 3 minute sessions. A big day, and I somehow managed to see 28 lovely, passionate authors in a little over 90 minutes (plus some footpath pitching after the event).