June was a huge month for AAPS authors! 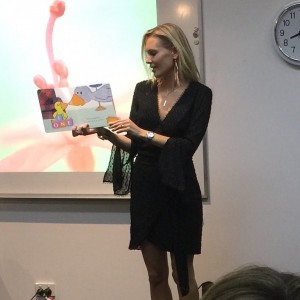 On 8 June, Shelly Unwin launched her You’re Five! series in Sydney. Illustrated by Katherine Battersby, the five books celebrate the joys and struggles of growing up. There was cake (of course), and over seventy guests attended. To promote the books, Allen & Unwin donated a limited print by Katherine Battersby to whoever got the most likes on social media for the event. 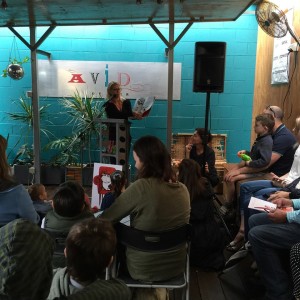 On 11 June, Shannon Horsfall launched her new picture book NoMax! at Avid Reader in Brisbane. There was a massive turnout, with plenty of dog-themed snacks and activity sheets for the littles and sausage sizzles for the bigs. NoMax is a dog – but if his name is NoMax, why does it say something different on his bowl?

Finally, we’ll be heading overseas to Boston, MA next week for ReaderCon. We’ll be at the con from 13-16 July, so if you’re there, stop by and say hello! After that, we’ll be in New York until 27 July, when we’ll be flying to Orlando, FL for the Romance Writers of America conference. Alex will be taking pitches and meeting publishers and agents at RWA, so again, stop by and say hello.

Finally, Alex will be at Romance Writers of Australia from 11-13 August, again accepting pitches. If you can’t make it to any of these events, remember to check out our Find Us in 2017 page for more appearances!