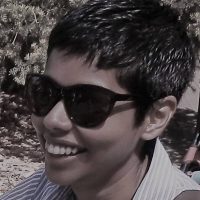 After the exciting news last week that emerging crime novelist Dinuka McKenzie has signed with Alex Adsett Literary, we are beyond thrilled that this week she has won the Banjo Prize for fiction with Harper Collins!

Dinuka’s debut crime Flood Debris, is an incredible tense and exciting new work of fiction, and will keep you on the edge of your seat.

HarperCollins Publishers Australia is delighted to announce that the winner of the 2020 Banjo Prize is Dinuka McKenzie for her unpublished manuscript Flood Debris.

Heavily pregnant detective Kate Miles is a week away from going on maternity leave when she’s asked to review the case of a local man who died in the recent devastating floods in northern NSW. But what should be a straightforward, box-ticking report turns into something much murkier. As she is also investigating an assault on a teenage girl during a robbery, the two cases come together in surprising – and dangerous – ways.

Anna Valdinger, Fiction Publisher at HarperCollins, says: ‘Flood Debris is a cleverly plotted, satisfyingly twisty mystery that was a huge favourite with the HarperCollins reading team. I adored it. Dinuka McKenzie is a fabulous writer and Kate Miles is a brilliantly fresh addition to the crime fiction scene: ambitious and determined, while also juggling the demands of family life, with a toddler and a baby on the way. I am so excited to share this book with the thousands of readers who are going to love it as much as we all do.’

Dinuka McKenzie says: ‘Thank you to HarperCollins for this amazing opportunity. I am thrilled and humbled by the judges’ decision. I entered this competition with nil expectations and was blown away to be shortlisted amongst such talented writers. To win feels like a complete dream. Mostly, I am so excited to have the opportunity to work with the brilliant Anna Valdinger and a team who believes in my manuscript as much as I do! Detective Kate Miles has been cooped up in my laptop for too long and she can’t wait to stretch her wings within the pages of an actual real-life book!’

HarperCollins has also announced three runners-up who will each receive a written assessment of their manuscript from HarperCollins. The runners-up are The Tuesday Afternoon Murder Club by Karli Florisson, The List by Megan Albany and Roses of Budapest by Rachael Keene.

HarperCollins Publishers Australia launched The Banjo Prize for Australian fiction writers in 2018 in a quest to find Australia’s next great storyteller. In 2020, The Banjo Prize received nearly 250 submissions. Applicants were required to submit a full manuscript of adult commercial fiction, a 500-word synopsis and a 200-word biographical statement.