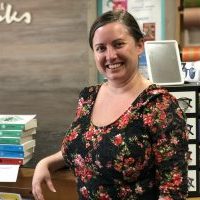 Alex Adsett Literary is delighted to announce that the incredible YA supernatural series Valentine by Jodi McAlister has been optioned for screen by Like A Photon Creative.  The trilogy, Valentine, Ironheart, and Misrule, published by Penguin Random House features a team of teens all born on Valentine’s Day, as they face up to mysterious events surrounding the disappearance of one of them. Like A Photon is an award winning production company of short and feature films, including forthcoming Combat Wombat and The Wishmas Tree.

Author Dr Jodi McAlister, lecturer in writing and literature at Deakin University, says:  “My Valentine series is full of smart, tough women, and I’m delighted to be working with the smart, tough women of Like a Photon in bringing it to the screen – although I hope we don’t have to face off with quite as many terrifying fairies as Pearl and co do along the way!”.