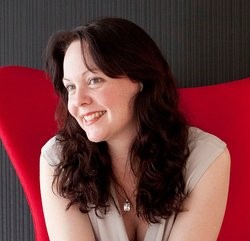 And the announcements keep coming here at AAPS land – we are so delighted to officially welcome the talented Amanda Bridgeman to the Agency!  Amanda is the incredible author of the science fiction Aurora series.

Born and raised in the seaside/country town of Geraldton, Western Australia, Amanda hails from fishing and farming stock. The youngest of four children, her three brothers raised her on a diet of Rocky, Rambo, Muhammad Ali and AC/DC. Naturally, she grew up somewhat of a tomboy, preferring to watch action/sci-fi films over the standard rom-com and liking her music rock hard. But that said, she can still swoon with the best of them.

She moved to Perth (Western Australia) to pursue her dreams and study film & television/creative writing at Murdoch University, earning her a BA in Communication Studies. Perth has been her home ever since, aside from a nineteen month stint in London (England) where she dabbled in Film & TV ‘Extra’ work.

Her third novel ‘Aurora: Meridian’ was shortlisted for an Aurealis Award for Best Science Fiction Novel. Five books are currently available worldwide in the Aurora series. Book six in the series, ‘AURORA: DECIMA’ is scheduled for release in 2016.