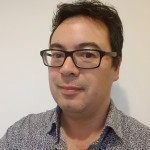 We are excited to announce that Scribe has acquired world rights in Rise and Shine, a novel by Adelaide author Patrick Allington.

Patrick’s novel is a Kafkaesque fable of hope about a future where eight billion souls have perished, and the survivors, huddled in the city-states of Rise and Shine, wage perpetual war against each other. Yet this war, far from representing their doom, is their means of survival. For their leaders have found the key to life when crops, livestock, and the very future have been blighted — a key that turns on each citizen being moved by human suffering. The question is, with memories still bright of all the friends they’ve lost, all the experience they’ll never know, do they have the emotional capacity to sustain themselves?

Senior editor David Golding, who acquired the novel, said, ‘This is a singular and special novel, lively in its telling and not only trenchant in its conception but ultimately genuinely moving. Patrick raises questions about climate change, war, survival, and compassion with a light, suggestive touch. Yet in a time when post-apocalyptic dystopias abound, to imagine a world run by humane, selfless leaders — idealists you can believe in — is a radical act.’

Patrick Allington is a writer, critic, editor, and academic. His fiction includes the novel Figurehead, which was longlisted for the 2010 Miles Franklin award, as well as short fiction published in Meanjin, Griffith Review, The Big Issue, and elsewhere. Patrick is a lecturer in English and Creative Writing at Flinders University.

Scribe will publish Rise and Shine in mid-2020.